Ms. Rodriguez has an established Of Counsel relationship with the Firm. She has represented private and public sector employers in all aspects of labor and employment law for over twenty-five (25) years. Ms. Rodriguez has extensive experience in state and federal courts litigating Fair Labor Standards Act (FLSA) cases, Title VII, the Age Discrimination in Employment Act (ADEA) cases, the Americans with Disabilities Act (ADA) cases, as well as other state and federal laws relating to labor and employment. She was admitted to the Florida bar in 1987; admitted to the U.S. District Court, Southern, Middle and Northern Districts of Florida; U.S. Court of Appeals, Eleventh Circuit and United States Supreme Court. Ms. Rodriguez graduated from the University of Pennsylvania (B.A.,1984); Cornell Law School (J.D., 1987). She served as an Intern to the Congressional Budget Office United States Congress (1985). She has broad experience in complex issues in FLSA cases, including exemptions such as application of managerial exemptions, motor carrier exemption, and eleemosynary organizations. Ms. Rodriguez has experience with complex time keeping systems. Her experience includes issues involving class certification, mooting the class, treatment of illegals, and complex settlements. 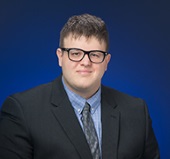 John Bernstein Mr. Bernstein is an associate of the Firm and a member of the Litigation Department, he joined the Firm in 2017. Before joining the Firm, he clerked with a bankruptcy firm in Fort Lauderdale and has experience with a multitude of financial matters. H... [read more]